I’m at this soccer game with my daughter Katie at the University of Akron.

A whistle blows. It’s half-time. I decide to mosey next door where the Akron Zips baseball team had a game in their new state of the art stadium. I was struck by the idea that they had modeled their facility after major league baseball parks. There was music blasting between innings just like the big leagues. In the stands I noticed what appeared to be a 12 year old girl singing along with “I Feel Good” by James Brown and then right beside her was about a 54 year old woman singing along too. What I witnessed I’d probably seen a hundred times before, not just at sporting events, but also at parties. What was different was on that day the light bulb went on. It was crystal clear that we’ve got an entire culture that has been inundated over the years with great party music that everyone knows and loves. Music that makes all of us, in the immortal words of Mr Brown, feel good! And so, The Ultimate Party show was born! Saturday night would be the platform and feeling good would be it’s anthem. Party music has no boundaries. It’s genderless, ageless, and era-less because it’s timeless! ”The Ultimate Party” is the most fun you will ever have listening to the radio…I promise! It’s five hours of wall to wall party hits. If it wasn’t a party hit, it ain’t gonna be played. Period. Join the party. Take “The Party Pledge” by signing up for “The Ultimate Party” Underground Lampshade Club. Send me an email with your name, address, age and telephone number and we’ll make sure your on the list for free party favors like t-shirts, mugs, hats, trips to far away fun party places and even cold hard party cash! Listen every Saturday night for your chance to win. Also please let me know about your favorite party songs you’d like to hear more of or any ideas you may have for the show. 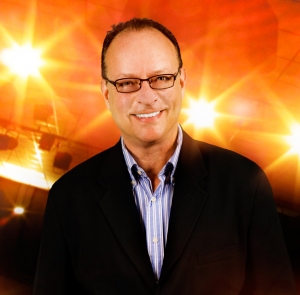 Every Thursday Night. Head to South Hero for the Snow Farm Vineyards Summer Concert Series this and every Thursday night!